Making the Most of Where you Live – Henfield Walk

Making the Most of Where you Live,

During this strange period of our lives many people have taken advantage of exploring the local areas and walking more with their families. We are lucky enough to be surrounded by beautiful countryside and so thought we would highlight some of the walks in our vicinity.

The first one we found was a circular walk from Henfield which goes through the back roads and paths, along a riverbank towards the village of Partridge Green. Part of the route follows the old railway from Horsham to Shoreham. It is approximately 8 miles long, is mainly flat with some small hills and a few stiles.

Henfield (originally named Hamfield, which is Anglo Saxon means a hamlet on high open ground) is an ancient village and is mentioned in the Domesday Book. We recommend looking at the website Hiddenhenfield.co.uk to read more about its past as the church dates back to 770! 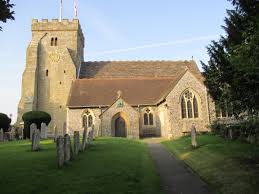 1. Go west off Henfield High Street, along Bishop Lane, proceeding when you reach the signed private road adjacent to the library car park. Follow the road for a short distance then join a paved path for a few yards before turning right (north) on to the signed footpath; this soon becomes an unmade road, Craggits Lane, and joins Church Street.
Turn left. Continue along this residential road, crossing several junctions, and walk along a raised, fenced footpath on the right. After Fabians Road, proceed for another 50 yards, cross the road and go left into Faircox Lane. Follow this through on the footpath, eventually turning right to join Dropping Holms Road. After 200 yards, at the Old Steam Mill, take the left, signed Downs Link path, along a made-up road. Continue for about 100 yards and after the industrial buildings on the left, proceed along the signed bridleway – do not turn left on the Downs Link path.
The path ahead is wide but eventually becomes narrower, shortly after a white cottage on the right, as the hedges encroach. There are good views of the bow-backed Downs to the south. Eventually, the path descends slightly and you come to New Inn Farm. Follow the footpath through the farmyard towards the obvious riverbank ahead.

2. Cross the Adur at Bineham Bridge, taking the opportunity to survey the surrounding countryside.
Just downstream from here was the crossing-point used by Roman and Saxon travellers – there were also wharves for transferring cargo brought up the river from the coast.
Turn right, crossing a stile, and follow the riverbank for about half a mile to the next footbridge. Take the signed left turn and follow the path to another stile, proceed across the next field and at a path junction with sign, beneath a large oak tree, carry on ahead via yet another stile. Cross the field to a small copse.
Emerging from the tree cover, follow the field edge coming to Hill’s Farm on your right. Keep to the footpath into the field corner, go left for a few yards and right through a gate and on to the Steyning to Partridge Green Road (B2135). Go a few steps to the right and cross into Golden Lane, rising ahead.
Just past the gate to Berries Cottage, go right, downhill and then climb to the junction ahead. At the top of the rise go right into Ford Lane.

3. Walk on for about 300 yards to Claylands Farmhouse and take the left path at the farm buildings – there is an obscured footpath sign in the hedge on the right. Having passed between the farm buildings, take the next signed right, a rising footpath passing alongside trees on the right. The path veers left, right and, after 300 yards, right again and eventually left across the Ford Clappers footbridge.  Continue ahead on a slightly rising path towards Lock Farm. At Lock Farm, keep to the left on the continuing footpath. Pass some cottages, cross a drive, go right for a few steps around a field edge and pick up a concrete drive on the right, at the north end of the farm. Continue ahead on the track and after 300 yards go left, then right at Grants Farmhouse. There is a fine red brick building, a convent, through the trees to your right. Stay on the stony track and head downhill for about 200 yards. At the bottom of the hill, at a path junction, take the signed path to the right, along the field edge.

4. After about 100 yards there is a footpath sign on your right, leading into a wood. Follow this path as it rises ahead through the trees.
At a junction in a small clearing, follow the signed path that continues through the woods, eventually reaching a metalled drive. Follow this in a southeasterly direction and, just before some large and impressive white gates ahead, cross a stile on your left and walk beneath the covered gateway house to a gate and road. Continue along the road, crossing Lock Bridge. After about half a mile you’ll come to the B2135 road.

5. At this point we go right, first on a paved path, then on a grass verge. After about 400 yards you will see a sign on the left for the Downs Link path. Take this left turn (signed as a private road), passing Homelands Farm and coming to a sharp right turn; take this and follow the path ahead.
This path, the former Horsham-to- Shoreham railway line, will bring us back to Henfield after a couple of miles. Meanwhile there is a golden opportunity to stride out along the track, taking in the old railway bridges and the redundant wartime gun-emplacements, as well as the gentle meanders of the River Adur and the gorgeous panoramic views to the South Downs.

6. As the track comes to be enclosed by hedges and embankments, we finally run out of rail and ascend a rising path to Upper Station Road and West End Lane, where the Old Railway Tavern is on your left. There is a small car park and a Downslink information board here. This area was once the site of Henfield Railway Station. Now proceed back towards the village centre by following Upper Station Road, which becomes Church Street and then you will arrive in the village centre.