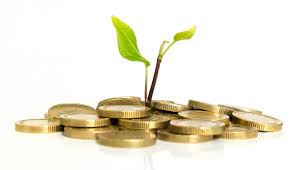 The Residential Landlords Association has once again called on the Government to reconsider its tax changes, as announced by former Chancellor George Osborne.

Instead, the Association wants the Government to utilise the extra revenue raised from the surcharge stamp duty to abolish proposed reforms to mortgage interest tax relief and stop landlords from having to increase rents.

Despite a number of experts predicting that Section 24 will have an adverse impact on the Private Rental Sector, the Government is still pressing ahead with its proposed changes.

The National Landlords Association claims that roughly 440,000 basic-rate taxpayers, or 2 million landlords-will be forced to move up a tax bracket from April this year.

A recent ARLA survey showed that 58% of landlords are considering reducing their investment in rental properties due to the proposed tax changes. 66% predict that the tax changes will put upwards pressure on market rents. More calls for the Government to reconsider tax changes

RLA Policy Director, David Smith, said: ‘In raising nearly twice as much in just nine months as the tax was predicted to make in one year this Stamp Duty windfall gives the Government a chance to back the rental market and support the development of new homes which we desperately need.

‘At no stage has evidence been published to support the assertion that landlords are taxed more favourably than homeowners, or that they are squeezing first-time buyers out of the market. Assessments by the Institute for Fiscal Studies and the London Schools of Economics contradict the Treasury’s position completely. It is also nonsense for HMRC to suggest that one in five landlords will be affected by the mortgage interest changes, when what matters is the number of properties affected,’ he continued

Concluding, Mr Smith said: ‘The government has received far more money than it expected. We urge them to use this to support the country’s tenants and undertake a fuller impact assessment of a policy that has the potential to cause untold damage to the rental market.

Renting may be financially more worthwhile than previously thought