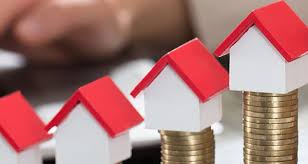 A report in a government-supporting newspaper suggests that a proposal to cut Capital Gains Tax for landlords who sell to first time buyers is being considered as a way of increasing the number of owner occupiers.

The Daily Mail – often used by the government to float future policy initiatives – says: “The ideas, in the very early stages, aim to make it easier for younger people to get a first foot on the housing ladder. There is growing concern they cannot buy a home as too few are coming to the market, meaning they are over-priced.”

CGT is tax paid on the profit of the sale of any additional home – a buy to let or a holiday cottage, for example – and currently the rate of tax stands at 18 per cent for basic rate taxpayers and 28 per cent for those in the higher rate threshold. There is an annual allowance on which no CGT would be paid.

Costs included in this respect range from legal fees, stamp duty and even mortgage broker fees when you purchase the property. To other costs such as the refurbishment of the property, the addition of more space via a conservatory, for example, and even the cost incurred researching the title of a home.

There’s been a huge rise in CGT paid by buy to let landlords quitting the sector or at least reducing their portfolios.

Buy to let was cited as one of three reasons why the UK’s CGT bills jumped 20 per cent from £10.8 billion to a record high of £12.9 billion in the 12 months to the end of January this year.

Other reasons included the cut to Entrepreneurs Relief, costing some business owners millions in extra tax when they sell their stakes, and the stock market rally in 2021, when the FTSE 100 rose 42 per cent from its pandemic trough.

The latest Daily Mail report on incentives to sellers also suggests that a possible stamp duty incentive is being considered for older owners who downsize, disposing of their property to a first time buyer or so-called ‘second stepper.’

The issue of older owners ‘under occupying’ property has been around for many years.

Three months ago research by Professor Les Mayhew of the International Longevity Centre and Bayes Business School, showed that over-75s in London had more than twice the number of bedrooms they needed, while the 65 to 74 population had 70 per cent more.

Alongside that, separate research from the Greater London Authority suggested that 26 per cent of homes in London are under-occupied.